In the fall of the year, here in Minnesota, there are many historical rendezvous and history fairs that are planned for school children to visit. Historians, re-enactors and demonstrators of past crafts gather to demonstrate their skills or simply talk about the past.

The events usually run from Thursday through Sunday, with the last two days being open to the public.

The demonstrators set up the day before, or sometimes even a few days before. Many of them go from event to event and rarely go home for the entire two months of September and October! They live in tents and keep in the costume of their period while in the campsite. You will not see any modern equipment during the event if it is a “good” one.

My husband Norm and I go to the “Big Island” Rendezvous the first weekend in October and enjoy the friendship of the other demonstrators. There is music, trading, gossip and just plain fun – on top of the hard work to show the school children what it was like back in the “old days.” http://www.bigislandfestival.org/

One weekend was the Mankato History Fest; it was a beautiful fall day so Norm and I decided to go visit as “civilians” (non-demonstrators). It was a strange feeling but it was fun. As we were not responsible for demonstrating, we could actually visit with many of our friends. http://www.historyfest.com/

This history fair was a little different than the others – it is a FUN one for the children as well. There are the sections that are totally “Period Correct” – the re-enactors and the living historians “live” in the time period of their choice and stay “in character.” However, at THIS fair, there are also fairies and other mystical beings wandering around.

There were also a lot of fun things for the children to do – sawing wood, burning brands into wood “blanks,” even putting out a real fire in a “house” with an old pump and hose type of fire-fighting equipment.

For me, the most exciting and interesting demonstration was the clay oven. The re-enactor that was the baker had made the oven herself, with the help of her husband. She had found a picture (drawing) from the medieval era and had studied up on the whole subject.

There is a base of wood, which she put up on sticks, but there is dirt underneath it to hold the weight of the oven and to also help keep the heat in the base of the oven.

According to this interpreter, who was very helpful, you need about 100 pounds of powdered clay. You add the clay, bits at a time, with water and straw. It is easier to “dance” the straw into the clay with your feet. After it is mixed and pliable, you start building the base of the oven on the wood and then the sides. You need gloves, as the patting and pushing and shoving of the clay is very hard on your hands.

Shape the oven as you wish. She chose the pattern where there is a long “tunnel” and then an upper chamber to help the heat. She used sticks and pieces of wood for an inside frame to hold the roof on the oven. The first firing, of course, burnt the wood frame.

After it is shaped to your liking (she made a smoke hole with a funny face – but you don’t really need a smoke hole), you fire the oven to dry it. As you fire it, the steam will rise – you will want to spritz the outside of the oven with water to prevent it from cracking too much.

Once it is dry, it is ready to use. There are many recipes and hints on the Internet for baking in a clay oven. Here is one link for help in building an oven. http://www.engr.psu.edu/MTAH/models/ovens/oven_large.html

This site suggests using metal for the opening but the baker I talked to said that she felt that was not necessary.

Here is another site to visit for ideas. http://www.cs.vassar.edu/~capriest/brikoven.html Both sites recommend using bricks for the basis, but this baker did not, as she wanted to be as authentic as possible on the inside of the oven as well as on the outside.

This oven she built had been moved, very carefully, from her home. However the move caused it to crack so she was donating it to the American Revolution camp to shoot with their cannon after hours of the last night. She plans on building an oven for next year, hopefully on wheels so that it wouldn’t crack with moving. This would be traditional. In the medieval villages a traveling baker, with oven, would bake the breads for the women, charging a penny a loaf.

One of the most exciting things about the oven, besides it being exciting itself, was that Norm was excited, too. He is interested in possibly making one next spring!

One thing to note about this oven: if you have one in the fall, cover it with something to keep moisture out. Freezing and thawing of moisture in any of the cracks, no matter how small, will cause the oven to crack and be ruined – then you will have to start all over again. But how hard is that? You take a hundred pounds of clay and build again!

Living history fairs, educational rendezvous and other events are wonderful places to visit and also to work at. Go see one near you – there is much to be learned from our past. Some of the demonstrators, living historians and re-enactors that you will find might be blacksmiths, spinners, weavers, finger-weavers, dancers, musicians, Native American re-enactors, jewelers, fur traders, dog sledders, pioneers, soldiers, and/or voyagers. Go enjoy yourself – and learn something!

I smiled all the way through your post…seeing what we do through a non-participant’s eyes is exciting. We do pre-1845 rendezvous in MT, WA, ID, OR. The mountain man era.
Most work hard to keep their camps period correct, but sometimes exceptions are made to accomadate all families/persons.
Thank you for sharing YOUR rendezvous with me! 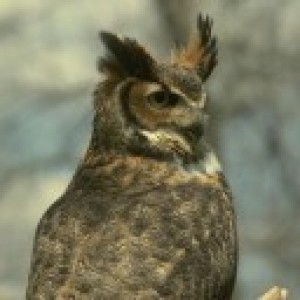