I grew up with big cans of shortening in the pantry. You know the stuff. It was a white and fluffy, food-like substance, completely devoid of any redeeming characteristic beyond its scary ability to last forever. Lard, I had learned was an awful thing. Rumor had it that lard would land in your stomach and immediately turn it into a solid mass and lodge right in your arteries.

Then a few years ago I read Sally Fallon’s book, Nourishing Traditions, and my relationship with lard was transformed. The timing was perfect as we had just begun to raise our own pigs and I had many pounds of pig fat to render, leaving me with many quarts of gorgeous lard. My biscuits were lighter, my pie crusts perfect. It was a wonderful thing.

We just had our pigs butchered and once again I had six big bags of fat to deal with. Since I had some extra time I decided to run a very informal experiment to see if any one of the three ways I usually render the fat was superior to another. I have rendered in the oven in large roasting pans, on the stove top in a cast iron Dutch oven and in my slow cooker. I will confess that I also wanted to get the job done in one day rather than spread it out over several as we are renovating the kitchen and I had only a small window of time with the kitchen to myself.

All methods require that the fat be cut in small pieces. The smaller you can cut it up, the quicker the fat will melt. Putting it through a meat grinder works best of all but I don’t have one so I used a knife and got to work.

I managed about ½ inch chunks and got the first batch in my oven.

The benefit to using the oven is that the mess is kept somewhat confined and I don’t need to worry about a pan of hot fat getting jostled. The down side is that there is no way to break up the fat pieces without pulling the oven shelf out and that’s a pretty dangerous undertaking.

The second batch was destined for the Dutch oven on the stovetop. I love my cast iron but I did have some trouble. The fat spits as the water evaporates and by the end of the hours it took to render out, my stove and the cabinets and counters were covered with a layer of grease. I just can’t get my heat low enough to keep this from happening. Even so, the results were good and the fat did seem to melt more quickly than the other two methods.

I put the final batch in my slow cooker. This was the least messy, easiest to manage way to render. You don’t need to babysit it the way you do on the stove top and, while slow, it was a lot neater as I can get the temperature really low.

The temperature thing is really important. The lower the heat, the less prone the fat is to ‘spit’ or ‘pop’ as the fat melts from a solid to a liquid. As you’re going along you can strain the liquid fat away if you want, which can move things along a bit. Strain it through a fine cheesecloth or a wire mesh strainer, into a glass jar. Still–don’t crank the heat! You don’t want to burn the lard. Take your time, and be careful.

And after you strain the liquid lard, be sure to keep the cracklins that are left behind too! They’ll get golden brown, and puff up slightly as the fat renders out.

In the end, I had 8 quart and a dozen ½ pint canning jars filled with lovely lard. Bruce carried it out to the porch where it cooled overnight and we then put it in the root cellar.

I have many jars of cracklins too. These are the pig solids that sink to the bottom of the pan when the fat is cooking. I’ll use some to flavor cornbread but most will supplement the menu for my chickens during the long cold winter.

Related articles across the web 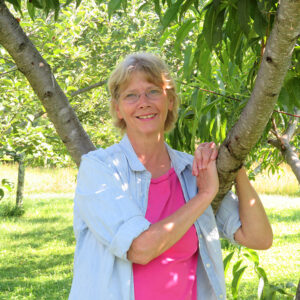 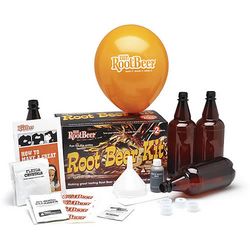