Ever since Elaine (One of Lehman’s buyers) told me to take a Terra Cotta bread pan with a crack in it home to test, I have been into making bread. She told me that the manufacturer said it was normal for a Terra Cotta pan to have these characteristics. Elaine wanted to know if, through use, the crack would get worse? Nope, it has not, in fact I like this pan a lot. Recently I stopped by the store to pick up the dough bowl that I have had my eye on for a long time. This is a wooden dough bowl that is intended to be used for bread rising. According to Sarah’s copy (our copy writer and the editor of this blog) and research on the internet, I find that the bowl provides the insulated environment that is perfect for the bread to rise.

Bread rises perfectly – Baked goods stay warmer
A welcome relief to bread bakers everywhere! You know how difficult it is to find the perfect spot when it’s time to let your bread dough rise. Our dough bowl is the answer. It doesn’t retain cold so bread dough rises perfectly. Insulates, so baked goods stay warmer. Absorbs oil (which helps season it), so fried foods stay crisp.

Another nice feature is the bowl does not need to be oiled, in fact it soaks up oil that comes out of the rising dough.

While at the store I picked up another terra cotta bread pan (being so satisfied with the first). The recipe I use makes two loaves so, typically I use the terra cotta pan and one of my standard glass pans for the recipe. As I was making my loaves of bread for the week this past weekend, I wondered how big of a deal it was to use the dough bowl. Then as I loaded the loaves in the new terra cotta pan that just got seasoned by my son and wondered how much of a difference these items make in the quality of the bread. I am going to answer that question below.

What am I going to use for this?

My favorite bread recipe is an Amish Bread recipe that is all over the internet and recently posted in our Lehmans Life Forums (heavily requested).

Combine the above ingredients and let the yeast do its thing. In the mean time put the

following together in the trusty Kitchen Aid Mixing bowl complete with dough hook.

Once the yeast is done (about 10 minutes), toss it in the Kitchen Aid and set it to stir. Well combined the dough needs to be kneaded. I usually knead it until it has a nice smooth well floured surface.

This is where it begins! Here it is folks, moment of truth. I will separate the dough and send them down two different roads. One loaf will be placed in the wooden dough bowl, the other in the standard glass oiled bowl. I have done my best to make sure the dough is as close to equal as is unscientifically possible.

After one hour the results are difficult to tell. Unfortunately, the size and shape of the bowls makes it difficult to tell whether one is bigger than the other. My daughter agrees with me, an off-the-cuff analysis reveals that the dough bowl is a bit bigger. The first battle looks like advantage Wooden Dough Bowl.

Is this a significant reason to choose to use the wooden dough bowl over a normal run of the mill bowl? Hard to say, but I can say that not having to add any more oil to my bread is nice. Maybe just style points in the world of competition bread making. Personally, I like the wooden dough bowl , if for nothing else; less oil.

Now the dough is loaded into the separate pans the glass bowl into the pyrex pan, and the wooden dough bowl into the Terra Cotta pan. Another hour of rising is ahead of our players, how will this end? Time will tell. So begins the second battle.

An hour later it looks awful close but again, it looks like the terra cotta is in the lead (but this is just the bread rising). The second battle looks like it goes to the Terra Cotta pan. Another battle is on the horizon though, time for the heat. Into the piece of junk oven the players go, the third battle begins.

Thirty minutes later the trusty timer goes off. Here it is the end of the third battle, the results look clear. The terra cotta pan is larger and looks like it cooked better. Judge for yourself.

Then there is the final battle, the one that REALLY counts. How do they taste? Well here is what the family has to say. The bread made in the Terra Cotta Pan is moister, better texture and better tasting than the bread made in the Glass Pan. The results are Unanimous, the entire family prefers the bread made using the Wooden bowl and Terra Cotta pan. Personally I did not think it would make a difference, I was wrong. The bread is better tasting, has better texture, better eating and is more pleasing to the eye.

As Sarah N put in her comment below, the challenge extended to the Lehman’s Headquarters. Where the question was put out, “which is better”. Most agreed that the bread in the Terra Cotta pan (loaf 1 for those that tried it) was better than the bread in the glass pan.

Not as heavy or as dry – Michele

Loaf one much sweeter great flavor can be great on it’s own. Loaf two little flavor needs something on it or to dip it in – Sharon

One person could not tell the difference, another chose loaf two (then later changed their mind – and picked loaf one after trying the bread again).

OK, we are testing Greg’s bread this morning (working here is tough) to see if we agree with his family. He brought in the 2 loaves of bread mysteriously marked loaf 1 and loaf 2. So far, our department agrees that loaf 1 is slightly moister and even a bit sweeter somehow? We’ll have to wait until he reveals which is which…the suspense is killing me!

So far the (albeit unscientific) survey has the count in favor of Loaf 1 but it is close. Wondering if any of our other readers have experience with the Terra Cotta Pan or the Wooden Dough Bowl. 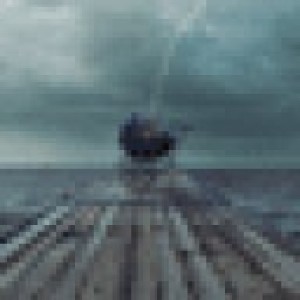 Greg is a motorcycle and gadget junkie. He drinks his yogurt. He maintains his own personal Blog called Motorcycle Thoughts Quote:"Life is Short, Live it big, Live it NOW. "
View all posts from this author

Recently Lehman’s was featured on WKSU, the local National Public Radio Station in Northeast Ohio. The report by WKSU’s reporter Karen Schaefer is about 4:34

Getting the Most out of Lehman’s Country Life – RSS

My mom has an awful time understanding technology. One of the best methods I have found to help her understand technology is to equate it