Jay [Junior Ezra] Lehman of Kidron, OH passed away peacefully on July 26, 2020. Born on April 21, 1929, he recently celebrated his 91th birthday with family and friends. A private family service will be held later this week, with a celebration of life in the future.

Founder of the iconic old-time general store Lehman’s in 1955, Jay worked tirelessly his whole life, dedicated to family, faith, and community – the framework of life well-lived.

A depression-era baby, born in the rural village of Kidron and raised with little formal education in a one-room schoolhouse, Jay Lehman was an oxymoron and a paradox.

Jay always described himself as a farm boy, even though he was an incredibly successful entrepreneur, husband, and father.

That Farm Boy created a successful international business, bringing hundreds of thousands of visitors to Ohio, as well as employing hundreds, and providing an income for local, Amish vendors. When others said it couldn’t be done (“Nobody wants old-fashioned, non-electric stuff anymore”), he proved it could be done. “If it was easy,” he would say, “everybody would do it.” A man of few words, when asked if he thought Lehman’s would become the iconic destination it is today, he said, “Nope.” That Farm Boy has been featured in Entrepreneur Magazine, The Wall Street Journal, The New York Times and countless business books. He was even interviewed by Paul Zahn on Good Morning America. But still, when asked where he worked, he said “A hardware store.”

That Farm Boy was a world traveler, although he always considered Kidron home. In addition to serving as a volunteer in Europe after World War II, he spent a decade in West and East Africa, serving as a travel agent for church and secular groups traveling in and out of the area. He also spent nearly a year in France, working to organize the Mennonite World Conference in Strasburg in the early 1980s. His travels, for work, volunteering and pleasure, have taken him all over the world – to over 70 countries at last count. 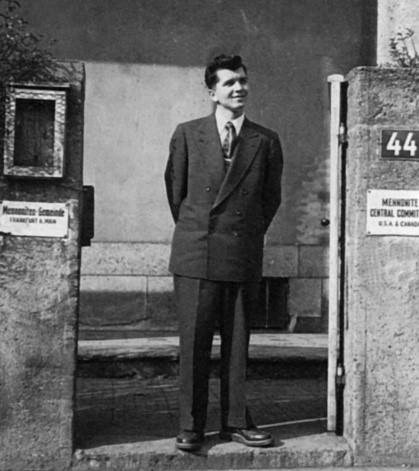 That Farm Boy was a devoted Mennonite his entire life and current member of Kidron Mennonite church. He always tithed fairly and generously, with no need to be recognized. He was exceptionally faithful to the Mennonite organizations, MEDA and MCC in particular. He has always donated pre-tax profits from his business, Lehman’s, even when the profits were lean.

Jay was the recipient of this year’s National Journey Award from Everence®.

The Journey Award, created in 2001, highlights what people of faith are doing as stewards of their God-given gifts. The 2019 award honors Lehman for his generosity in supporting organizations that help people in need around the world.

His entire life, no matter where he lived, he always attended a Mennonite church and developed close relationships within the local Mennonite community.

That Farm Boy has planted over 50,000 trees, everywhere he has lived and worked. He was a steward of the land before being “green” was in. One publication even dubbed him The Grandfather of Green. He could fix anything, whether it was a tool, an appliance, a shoe or a chair. He was upcycling before that word was commonplace. Just because it was the right thing to do. To the day he died, Jay remained close to his siblings, who got together, with all the assorted cousins, nieces, nephews and grandbabies for every major holiday. With four grown children, five grandchildren and one great-granddaughter, he served as a role model, more by his actions than his words. He enjoyed competing and was an avid Rook and tennis player most of his adult life, playing tennis until very recently. He also had a fantastic dry sense of humor, and followed current events voraciously, often on his iPad. He was a sports fan, following the Cleveland Indians during the winning seasons, as well as the not-so-good seasons. He attended his last Indians game on Tuesday, June 5, 2019. Jay was preceded in death by his first wife of over 40 years, Ella Mae Lehman, and siblings Wayne Lehman and Pearl Taylor and brother-in-law Ted Warfel. 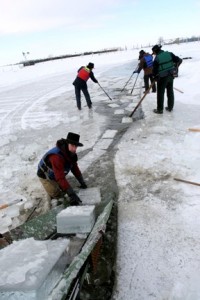