Editor’s Note: This article was originally published on May 26, 2011. It’s one of my favorites, and I am pleased to share it with you again.

We live on an acre of my fatherâ€™s beautiful thirty-four acres of land, far away from neighbors and paved roadsâ€¦ so one day, when I heard the sound of motors coming up my gravel driveway, and then the unfamiliar voices of men just behind the house, I was suddenly filled with the urge to run for my shotgun. Being a city girl in the country, being alone out there with my children, surrounded by nothing but the trees and squirrels as witnesses, I couldnâ€™t help but feel uneasy. Two menâ€¦ two big menâ€¦ riding 4-wheelers were parked just outside. What did they want?

I tried to calm myself. Donâ€™t freak out. This is the country, remember? People are generally nice around here. Trying to remain rational (and not running out of the house like a mad woman, waving a gun in the air and yelling at the strangers to get off of my property!), I went outside with my arms crossed and with a stern face. Iâ€™m sure they could tell from my sharp expression that I was not happy that they were there.
Iâ€™d guess both men were in their early 50s. One was tall and thin, and the other was stout and dressed very sloppily. His shirt was almost all the way unbuttoned, exposing a grossly hairy chest. I wasnâ€™t sure what to think of them at first, and was very much guarded- keeping my distance. They turned the 4-wheelers off and quickly explained who they were and why they were trespassing on my property.

The stout one spoke first (in a very country accent), extending his hand with a smile as he told me his name and where he lived (pointing somewhere behind us). He told me who his â€œkinâ€ were around the area, as if I would know who he was once he explained who he was related to. Then the thinner man did the same thing. Of course, I donâ€™t know anybody around here, and I sure didnâ€™t know who these guys were.

I think the men could see that I was very uneasy with their presence. They said they didnâ€™t know anybody lived out here. The thinner man even said, â€œI know people who live out this far get kinda nervous when other people just come up to their door.â€ So they hastily explained what they were doing on my land. The heavyset one told me that the land which we now live on used to belong to his great-great-grandparents. Pointing into the woods he said, â€œThereâ€™s an old chimney over there that I wanted to show my buddy here that used to be my familyâ€™s old homestead.â€

Once he said this, I knew I could believe them. For indeed, beside our house hidden in the woods is what remains of an old log home. Not much is left of it, just an old chimney made from handmade bricks and flat stones, along with the rocks which once made up the foundation. Nobody would have known that unless theyâ€™d been there before.

He told me that it had been 20 years since he had been on this land, and he really would like to visit it. I decided Iâ€™d let the men go into the trees to see the old home again. Besides, Iâ€™ve been fascinated by that old chimney, and what its story was and I was anxious to ask him questions about his family who once lived there.

The kids and I kept our distance as we followed the men to the chimney. The two strangers made small talk the whole way. The one man told me all he knew about his family who once lived in that very home. It had been built by hand back in the 1800s. Their field was where my home stands now. The family just lived in that little one-room home and farmed the land.

A few yards from where the front door would have been, there is a really big hole in the ground. Iâ€™ve been so curious about it. As we walked over to it I asked the man if he knew what it was. â€œOh, this here was their root cellar,â€ he replied. He told me that it used to have steps going down into it, and a roof over it. That was where they stored their milk, cream, and veggies.

I really was intrigued by it all.

He said, â€œI could tell you a story about this old houseâ€¦â€ but he stopped, and smiled slyly, acting somewhat reluctant to continue. I urged him on, hoping to get all of the information I could out of him. So he began sharing a story with us that his family has passed on through the years. They say that his great-great-grandmother who had lived there had a rocking chair in that house that she used to always rock in. As she got very old she began to lose her mind and just sat rocking in that chair all the time. Well, the family claims that after she passed away they would occasionally walk into the home to find that rocking chair still rocking, all by itself!

What a great story to go along with such an interesting old home site! I asked him if he had any pictures of the home before it all fell down. He said his family might have one somewhere. I would have loved to have seen it!
The kids and I have visited that old chimney many times. My oldest daughter loves it when I tell her stories about how people back then used to live: without a fridge or stove, without an indoor bathroom or air conditioning, what they used to eat and how they lived. Iâ€™m glad that we know a little more of the homeâ€™s history now.

Thankfully, the men didnâ€™t stay long. Although I was uneasy with them being here, I am glad to know more about this land we live on. I think itâ€™s so cool that we are trying to get back to living the way that these people lived 200 years ago in the very same place. And now I have a great story about the old home site to pass on to my children.

I’ll bet the “rocking chair story” is a part of many family’s tales. My mother told me the same story, and it took place in an old farmhouse after a grandmother died. Here’s another one: the wife is alone, and local Indians come to visit. They eat, sleep by the fireplace, are gone in the morning.

Similar story in my family, My Dad said his grandmother (my great-grandmother) was a big prankster… and she would hook up chains and things in the attic with a string (or something) to her rocking chair, then tell the kids ghost stories, and scare them when she rocked and they heard the noise. I imagine if she did that, she just as easily could have rocked the chair… with the string from another point in the house! 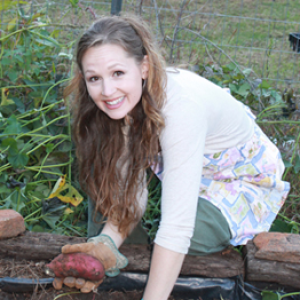 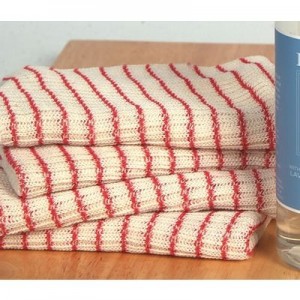 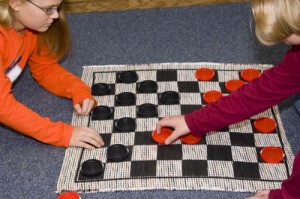