After The Flood: Farmer Hannah Reflects Growing food is a precarious business. Every farmer knows that going in: we hear the stories of hail, of untimely frosts, of drought. And yet we grow food anyway.

It’s partially stubbornness, I suppose, or a disbelief in the risk. But a big part of farming is knowing that we are shouldering these risks because it is the only way: because our work as farmers is a key link in the chain from the abundance of the earth’s fertility, the sun’s energy, and water’s life-giving gentleness, to the sustenance of our own human bodies. Everybody needs a farmer to make that connection.

The year 2016 was my fourth season farming. I was growing vegetables on borrowed land in a beautiful location, surrounded by woods, close to the Upper Iowa river. On hot days, I could take a break from weeding and jump in the river for a few minutes, and come back to the field refreshed. And there was a lot of weeding to do: we were having record-setting rainfall, inches of rain at a time; the soil never dried out.

Everything was growing really well in the wet heat–and “everything” includes weeds and fungi and bacteria. A lot of my vegetable plants were diseased in one way or another, and they were nearly smothered by weeds which didn’t help them get better. I was doing my best but it was hard, and I heard all the seasoned vegetable farmers around me saying, too, “this is the hardest year I’ve farmed.”

And then, on the night of August 23, almost exactly halfway through the harvest season, we had 11 inches of rain. The weather forecast I had seen told me there was half an inch on its way, so I got the last of the shallots out of the field and planned to harvest the leeks and cabbage for market in the morning. Around 8 pm rain started pouring down and it didn’t let up until about 5 a.m. I ran down to the river at about 6:30 am, just to see it, and it had escaped its banks and was rushing along at high speed–it was awe inspiring! But it was 50 yards from my field, so I wasn’t worried. I went back up the hill and tended to my very wet sheep.

Half an hour later, my housemate went to look at the river himself. When he came back up, he said, “Hannah, your cabbages are underwater.” I didn’t believe him–he had to have been joking. But he convinced me to come back down with him, and sure enough, we watched the river overtake first my cabbages, and then my leeks, and then my squash, and then, finally, my kale. At 4 feet tall in the highest part of my garden, only the tips of the top leaves of the kale plants stayed out of the water.

A flood is a forceful punctuation on a season. From the perspective of food safety, none of the crops I was growing down there were safe to eat any longer–all kinds of things were absorbed by the river that morning, and when the flood subsided, all the plants were coated in a quarter-inch layer of river silt. That meant my growing season was done: that field had produced its last vegetable.

I walked around in a daze for about a week. My life’s work, my income, even my identity as a vegetable farmer were all taken from me in one fell swoop. It was hard to escape feelings of failure. But, the only thing a person can do is to put one foot in front of the other. After a while, I discovered a feeling of relief, that I could wipe my hands of the hardest season on record a little bit early, and put all of my energy and focus into next year. Now next year is beginning. I have a new spot for my garden, which won’t flood, and I have a deer fence and a person with whom I am sharing the work. I would say I’m not so stubborn now–I know viscerally that there are great risks to farming, now more than ever, with a changing climate and ever-more-intense storms and droughts. But this is what farmers do! We take on the risk, because we understand that our communities need to be fed, and working with the land, come what may, is the only way to do that. Hannah lives among the hills and streams of Northeast Iowa. She grows vegetables for a living, and is working on building a perennial-based community farm. Hannah plays music, sings in community, and gives gratitude to the world with the Quakers, the UCC church, and her friends. She’ll be living in a yurt these next few seasons, so Lehman’s non-electric tools will be of use to her daily life!
View all posts from this author

I grew up in the city, so coming to live and work on the World Hunger Relief farm in Waco, Texas is one great big 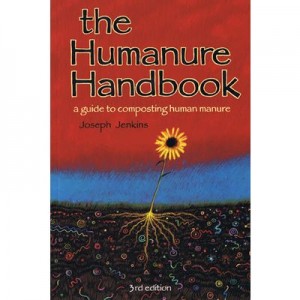 The Joy of Composting Toilets

We walked into the bathroom, with two sinks and a small shower and a teal-colored door in the back. Melody worked up a bit of theatrics for us: â€œAnd this,â€ she said as she opened the door, revealing a teal staircase with teal walls leading up to a bench with a toilet lid on it, â€œis the throne.â€